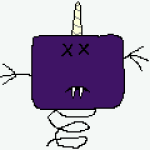 The word ‘Micro’ was derived from Greek ‘Mikros’ which means small .So the term micro denotes small . Hence ,micro economics is the study of the behavior of individual  units . It studies how a particular firm maximizes profit or how an individual consumer maximizes satisfaction from his purchase . In the words of  Edward Shapiro “Microeconomics “is a condemned not with total output total employment or total spending but with output of particular goods and services by single firms or industries and with the spending on particular goods service by single households in the single market .

In microeconomics , the unit of study is the part rather than the whole . It studies the small components of national economy . The study is concentrated on particular unit ,not the aggregate of all units for example , Micro economics explains how the single firms determines the price for a particular product , that amount of output will maximize its profit . It also seeks to explain how the individual consumer distributes his total expenditure among various goods and services so as to maximize utility .

What Is Growth Strategy ? Complete answer for Student exams